Design in American politics doesn’t sound like it would be anything special—a little red, white, and blue, some stars and stripes, and you’re set. It’s practically what’s expected, so is there really any need to innovate beyond that?
Well, if 2017 was any indication, the answer is a resounding, “Hell yes.” And NYC brand and design agency CBX truly took this to heart when designing She Should Run, an organization that aims to expand the talent pool of women running for office in the United States.
“They didn’t want to look all the way like a political campaign,” explained Lesley Stordahl, Creative Director at CBX. After all, She Should Run is so much more than that—it goes beyond pushing people to nominate other women to run for office but also encourages, motivates, and inspires women so they themselves feel confident enough to run. It’s no surprise that women are underrepresented at all levels in the 500,000+ elected offices across the country. And without women in these roles, the cycle perpetuates itself, leaving young girls without role models in political office.

So how could CBX design She Should Run to help change the culture of women in politics at its core? The answer was to make it welcoming.
“It was about softening some of the pieces so it feels approachable,” said Lesley. “I wouldn’t say feminine—just approachable.”
Lesley pointed towards the Obama campaign as one that truly achieved a design which felt accessible. “They did a great job of smoothing things out, with a deep blue and a deep red,” she mentioned. And the result is that people truly felt like they were a part of something and actually standing with Obama, rather than just voting for him.
“As we moved towards designing for women it takes some of the harshness and aggressiveness out of the pieces,” she added. Variety, from different fonts and a wider range of colors (like the coral used for She Should Run as opposed to a bright red) makes it all feel more attainable, not to mention modern. 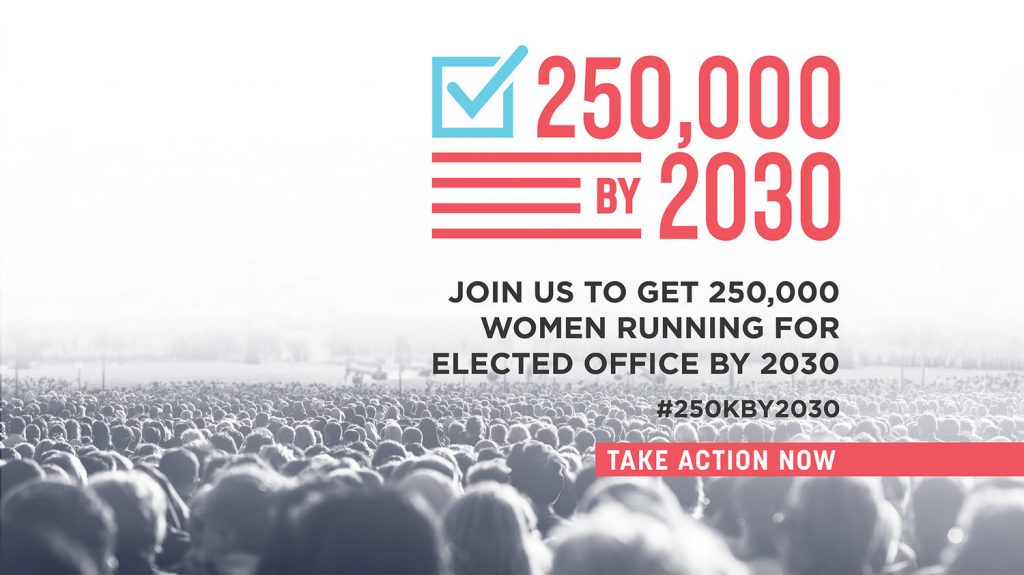 But it’s a bit of a balancing act. Of course, you certainly don’t need American flags plastered all over something to indicate it’s something political, but you also can’t entirely forgo these elements in an effort to create something brand new. “When you try to push design into a whole new place, and if you don’t have some of those residual codes,” she said, “then someone may go right past you and not think you’re telling a political activism story. So how can we modernize them—feminize them if they need to be—and make them clear so that someone can take action from that moment?”
Making it inclusive is key—and this very well may be the defining characteristic of the role design can play in politics, in 2018 and far into the future. When applied to brand design as a whole, Lesley advises designers, “Appreciate that design is general. If you look to other industries there’s a blurring of lines of what’s traditional masculine and feminine.”
She Should Run is geared towards women specifically so female icons were used, but this still meant some careful consideration to often overlooked details. “We included all racial identities,” Lesley mentioned, “so we had to think about the figures, their hair shape, and the shape of the forms themselves.” The final look and feel is hardly the typical portrayal of femininity; rather, it represents strength in womanhood and humanity as a whole.
And this, in turn, ignites action. 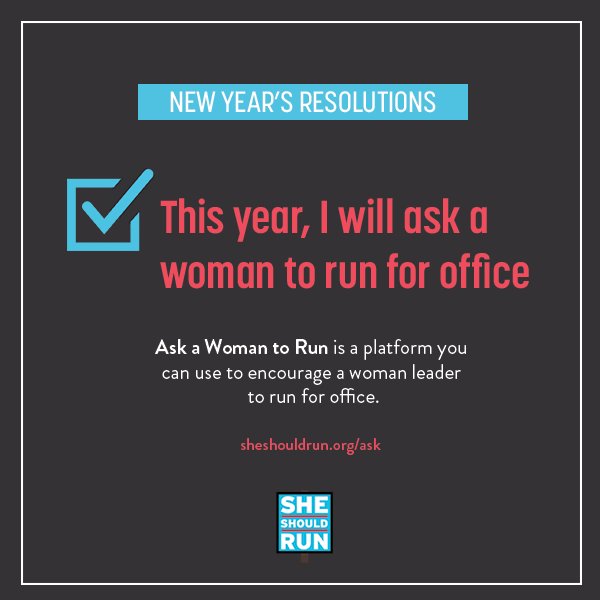 “People have lost sight of the fact that doing something can be very easy. There’s so much apathy and people feel like it’s so insurmountable to even fix anything,” Lesley added. “They want to fix it rather than participate in ways to change.” So in order to overcome this helplessness and immense overwhelm, political design must also feel doable.
She mentioned Alabama’s Senate election in which African American women in particular played a vital role in Doug Jones getting elected. “Black women showed up to vote, which sounds like a simple thing,” Lesley said, “but it was also such a big thing.”
“As we design for any marginalized group, we need to make it clear that there are simple actions you can take. It must feel intuitive, like you’re part of it,” Lesley stated. “It’s important for people to feel like they have done something in the most simple way possible. So that means design needs to be simple.”
Originally published in The Dieline