Remember all the hoopla over Bic Pens For Her? In one of the great, sexist product misfires of the past decade, Jezebel pointed out the sheer ridiculousness of a writing implement that could—gasp—finally be used by women.
Well, surprisingly enough, it was such a tremendous disaster that they’re still being sold. One quick Amazon search will give you all the proof you need that Bic For Her is alive and well, perhaps driven by the stubbornness of pen executives who refuse to think they were wrong and/or are possibly entertained by the hilarious Amazon comments they still continue to inspire to this day. It’s this particular kind of sexist branding and packaging that relies upon grossly outdated ideas and tired tropes that leaves many creatives asking:

How do we design in a way that will actually speak to what female consumers want? 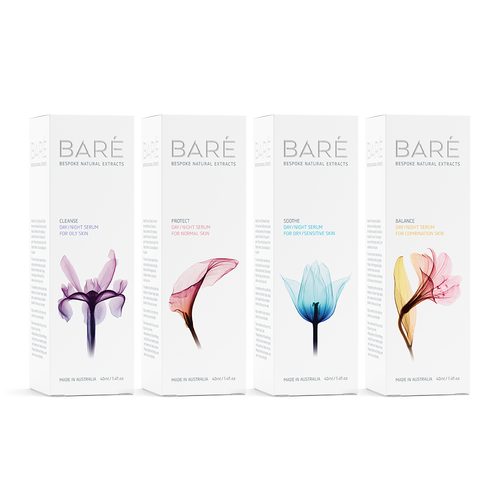 “I think we look and listen to where women are at right now,” says design studio Depot’s founder Angela Spindler. “Things have changed and I feel we are now more than ever in a state of flux. Boundaries are blurring or disappearing. We don’t like being labeled or tidied into convenient categories, so perhaps we should think less about designing for women and think more about designing for people.”

Haylee Powers of Bad Bitch Branding agrees, saying, “In some ways, we don’t need to worry so much about designing for women. We need to worry about how to design for people. The way in which brands have come out with smaller versions of pens to fit a woman’s hand like with Bic for Her, pink versions of razors and energy bars that are lower calories is ludicrous.”

Unfortunately, there are countless examples across many industries. Brands seem hellbent on marketing beer solely to women, from the low-calorie Chick Beer with a six-pack case done up like a purse, to the recently released Czech Aurosa. Hell, there’s even been a car designed just for women by Cosmopolitan and Spanish carmaker Seat. And gender-specific marketing is an equal opportunity offender, as men with colds or a penchant for greek yogurt, there’s now their own brogurt and man-sized Kleenex to protect their fragile masculinity.

“The problem with creating a brand that is supposed to be feminine,” Haylee says, “is that the research is often overlooked. Design is visual communication, and I would be the worst designer if I just created something that looked feminine instead of developing a strategy. Typically a strong brand strategy stems from a unique selling proposition, target market research, the persona creation and more.”

“With any design regardless of gender,” Angela says, “we look at relevance, and that can encompass a huge array of things.” Currently, her studio is working on branding and packaging for a product that in the past was associated with men but is now being targeted at women as the category has recently seen a shift—motorcycling. As gender barriers and norms break down, that experience becomes more universal, something shared. “They are carving a space within the culture to express their passion, freedom, and individuality. So, in designing this product branding and packaging we are responding to the relevance of this expression—so in fact, it becomes less about designing the product for women and more about their experiences which could arguably be very similar to men.”

Recently, creative design agency Anomaly crafted Sally Hansen’s Shetopia campaign, which explores a world with reversed gender roles that champions real-life, self-made women—a world where men are the primary childcare providers AND they apologize for interrupting women during a business meeting. It’s an incredibly powerful campaign and one that celebrates founder Sally Hansen’s own entrepreneurial wherewithal and go-it-alone attitude.

Not only does the Shetopia ad speak directly to women, it confronts sexism head-on. It’s a much-needed reminder that designers and marketers have a duty to challenge outdated and pervasive sexist branding. “It’s an economic responsibility to ask if it’s necessary to limit the number of potential consumers by 50%” Rachel Bernard of Branding Agency CBX says. “But it’s also a social responsibility to ask whether it’s right to continue to push the idea that certain product categories, like cooking and cleaning products, belong primarily in the domain of women.”

The days of gendered marketing may be numbered, and deeply out of touch campaigns like Bic For Her will someday be a thing of the past as attitudes and perceptions about gender continue to evolve.

“Interestingly,” Rachel says, “younger generations are exploring gender fluidity while becoming less binary each day. Brands need to be conscious of the changing attitudes and adjust their marketing appropriately. When Gen Z reaches peak buying power, gendered branding may be a thing of the past or operate under a different set of rules.”