My love affair with typography started like it does for most creatives with doodles. What young girl didn’t write her name all over her notebooks in school? Sounds like a cliché, I know, but movement of thick to thins, creating the drama of revealing shapes and forms just makes my heart beat faster. I must have known somewhere in my subconscious that these illustrative habits would transform into my future in use of visual communication.
As a result, I can’t hide my excitement for the recent rise of hand lettering in graphic design. Breaking out of the mechanical digital age in design has become a prevailing trend and is a new outlet for self expression. Even more than social media, blogs, and autobiographies self expression is evolving from verbal to visual through typography. 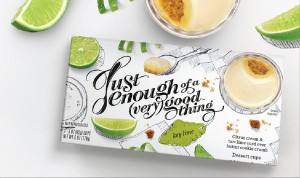 This new trend is signaling the need for originality in the DIY culture we are living in. Calligraphy and hand lettering styles have boomed in the industry in forms of personalization to emulate the handmade look. In a recent article, Martina Flor, a well known typographer, describes the two perfectly: “Calligraphy embraces randomness and surprise, while lettering decides exactly the shape that a certain gesture or letter should have.” You could compare a letterform or type style to any human trait, and that’s what makes them so intriguing. 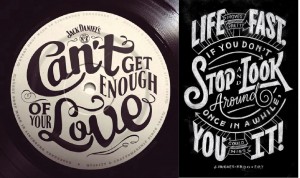 Last month I decided it was time to try it for myself and took a beginner level calligraphy class. Let’s just say the beautiful art form is much harder than it looks. But I’ll let you be the judge of character – below are some of my forms exploring the alphabet. I found the experience therapeutic, getting lost in the rhythm of up and down strokes while absorbing the smell of paper and ink; not to mention losing the felling in my hand after three hours of practice. The workshop covered a traditional alphabet and highlighted the differences in modern calligraphy (more expressive, with no baseline and less consistent than traditional), which is very on-trend right now. It’s hard to say when this trend will end, but for me this art form is the way to my heart and will continue to inspire me. 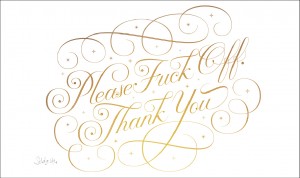 A new way of thinking about store brands