By Rick Barrack
Back when I was growing up, the only water I ever drank came from the kitchen sink. Every once in a while, I’d go to a friend’s house or a restaurant and see a bottle of water with the name Evian or Perrier across the front, but I didn’t know what it was, partially because my parents didn’t pay for water and partially because I didn’t speak French.

But then, in the late 80s, a new water brand, Poland Spring, appeared on the scene, and by the early 90s, the market became saturated (pun intended) with brands like DASANI, Aquafina and FIJI Water. These waters were differentiated by their brand stories, which were featured on their packaging, rather than the way they tasted.

Evian was known as the first premium water; drinking it projected a certain kind of Reagan-era wealth. Poland Spring was earthier and came from a spring in Maine (although that source has recently been debated). Aquafina, with its exotic-sounding but vague name, was Pepsi’s attempt to snag some of bottled water’s market share, and DASANI — equally vague — was Coca-Cola’s attempt to compete with Pepsi in the water arena.

Then, in the early 2000s, water went from just being a commodity to being a social badge. Designer water entered the scene with slick packaging and expensive price tags. VOSS, with its slender glass bottles, SEI, which came in a bottle resembling a flask, and T? Nant, in bright blue bottles that looked great on a windowsill, all made people look twice and dip into their wallets.

But with the proliferation of the organic movement, consumers started to expect more out of their products, water included. Enter flavored and vitamin-rich waters like vitaminwater, which not only delivered on taste but also on vitamins and nutrients with end-benefit product names like “energy” and “multi-v.”

Coconut water was the next craze, a potassium-rich beverage with South American roots, endorsed by the likes of Madonna and Demi Moore. The product claimed to have more potassium than a banana and to cure certain ailments.

Two competing brands, ZICO and Vita Coco, were suddenly stocked in every market, and everyone, from marathon runners to pregnant women, was attesting to its strengths. Unfortunately, it turned out that coconut water didn’t really have the health benefits the producers initially claimed (per a recent article in The New York Times), and those claims have been greatly scaled back.

With people tiring and becoming skeptical of vitamin and coconut waters, it seems the time is right for some new trends in the water category. Several new water offerings with provocative names, ingredient stories and packaging are generating buzz. Among the most intriguing new offerings are watermelon water, maple syrup water and artichoke water.

But hold on a minute: When did these fruits, natural sweeteners and vegetables become waters? Are people just looking to be the first in with a bizarre new water offering? Is water — that age-old source of refreshment — having an identity crisis? 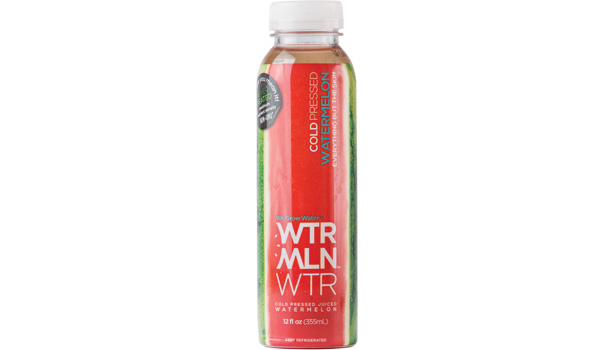 WATERMELON WATER
WTRMLN WTR, a product made of 100 percent raw fruit, knows that there are few things as appealing as watermelon on a hot summer’s day. The packaging focuses on its strongest asset — watermelon — by staging the entire fruit right on the front of the label. Its tag line, “Summer in Your Mouth,” seems mildly amusing to me, but there’s no question that one sip of the drink brings memories of my days at summer camp.

WTRMLN WTR’s claims may sound awfully familiar: The 12-fluid ounce bottle supposedly has almost double the potassium of a single banana, and it is reportedly rich in antioxidants such as vitamin C, vitamin A and lycopene, which help protect against breast and prostate cancer as well as heart disease and aging. Heck, if half of WTRMLN WTR’s claims are true, sign me up for a few dozen cases, ASAP. 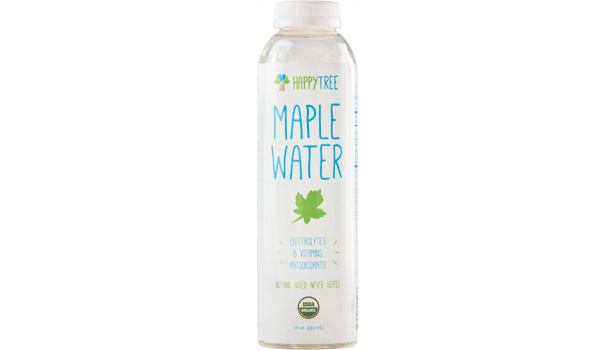 MAPLE SYRUP WATER
Contrary to how it may sound, maple syrup water is not water with maple syrup added (although I will confess, that sounds pretty good to me). Maple water is water that has been naturally filtered by maple trees, which gives it a lightly sweet taste and fortifies it with nutrients.
As of now, two brands seem to be vying for the king of maple syrup water position — Vertical Water and DRINKmaple — and they market disparate messages with their branding. Both are packaged in cardboard boxes, but Vertical Water espouses a sustainability message, claiming that “sharing the maple water from forest owners’ trees gives them a financially viable reason for keeping their trees vertical longer” while DRINKmaple purports that you should drink its maple water to “hydrate and nourish your body the same way it nourishes the maple trees.” 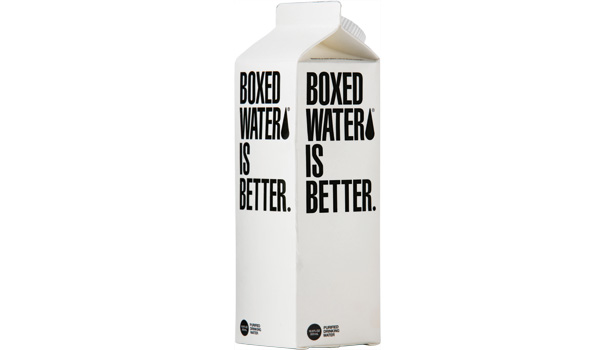 BOXED WATER
And speaking of cardboard boxes, it seems like there’s a major bottle backlash going on. The boxed water trend was kicked off by a brand called “Boxed Water is Better,” which launched in 2009 and packages its water in a small box reminiscent of a milk carton, claiming that it is better for the environment. The design of these boxes is refreshingly simple, featuring bold letters that make it clear that water is inside, and a little water drop to further drive that point home. I definitely looked twice the first time I saw this carton on a café counter. But to be honest, it does feel innately strange to drink water out of what appears to be a milk box. Once I got beyond that, however, it was just good old water, in a novel and environmentally sustainable package. 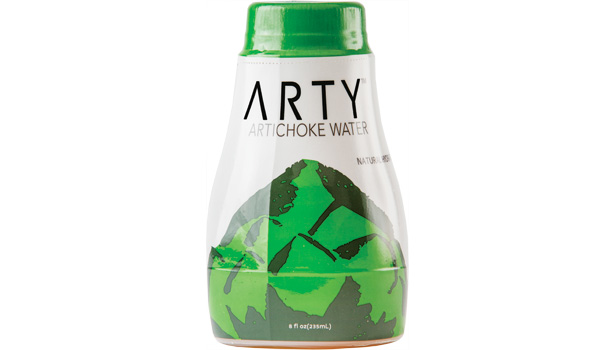 ARTICHOKE WATER
I never really liked artichokes, so the idea of ARTY Water — “the world’s first premium artichoke beverage” — doesn’t exactly get my mouth watering. But the brand, which comes in a bottle shaped like an actual artichoke, claims that “this delicious blend of artichokes, lemon, apple and mint provides nutritious, multifunctional hydration” and is loaded with essential vitamins A, E, C, B1, B2, B3, B6 and B9, along with vital minerals sodium, potassium, calcium and iron.

This is a benefit story similar to that of coconut water, but hopefully unlike its predecessor, ARTY Water can support its claims with real science. The packaging features an artsy artichoke graphic and is appealing, but I fear that unless you are a person who really likes artichokes, this might be a hard sell.

If artichoke water is now a viable beverage option, what’s next — peanut water, dark chocolate water … kale water? Nothing would surprise me at this point. Companies seem to be seeking new ways to bring the next great water sensation to the market, which makes me wonder if the beverage is having an identity crisis.

Don’t get me wrong, each of the waters I mentioned intrigue me, and I’d be willing to try them at least once. But at the end of the day, I like my water to taste like water and my food to taste like food, although from a branding point of view, I’m excited to see what the new water brands will come up with next.